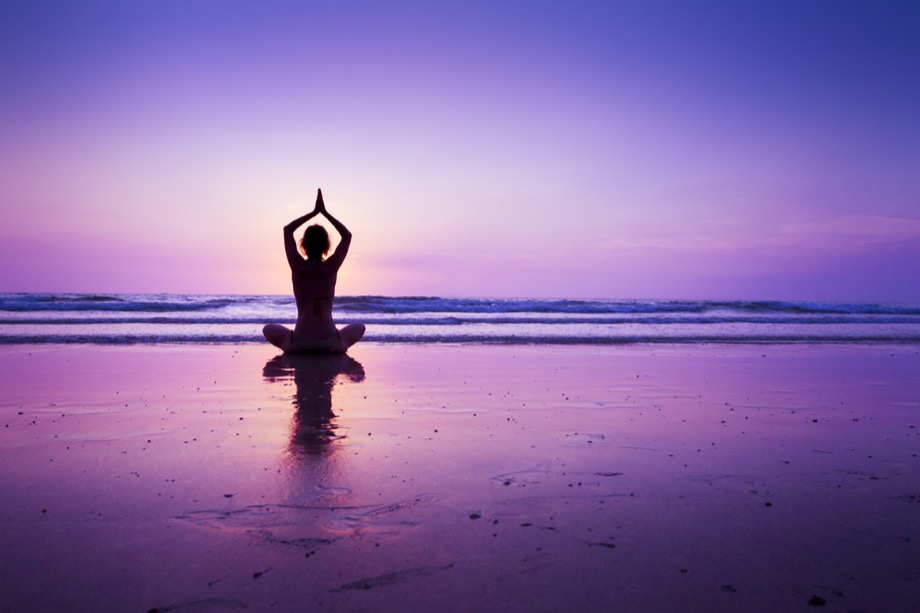 Many of us have practiced Yoga for years, yet if someone asks us about a definition of what Yoga is, we would be hard pressed to give an answer. As many other important products of ancient Indian culture, Yoga isn’t clearly defined and systematised like the scientific disciplines of the West. In this article, I will try to give a personal contribution to this subject; it is not a clear, simple definition I’m looking for, but rather an unveiling of the essence of this amazing science. Let us start, then, with a classical definition of Yoga.

A classical definition of Yoga.

Sure enough, a clear, concise definition has been already given by a great sage: I am talking about Patañjali who, in his Yoga Sutras, presents the first written systematisation of the methodology and philosophical principles of Yoga – a discipline that had been existing for centuries before his birth. In Book 1, Sutra 2, we have one of the most famous definitions:

Yoga is the cessation of the fluctuations of the Mind.

For many commentators, this Sutra expresses the ultimate objective of Yoga: to tame the mind, stop its uncontrolled fluctuations, and focus it at will on an object of meditation. Other scholars of Patañjali propose a slightly different interpretation. For them, the Sutra 2 which I just quoted expresses the means, or the methodology of Yoga; the goal, instead, is explained in the next Sutra (Book 1, Sutra 3):

Then, the Seer can abide in its own Nature.

So, according to this view, by calming and focusing the mind, we can allow our inner Self, the Witness consciousness which is before and beyond the mind, to shine through, and abide in its own true condition. I personally interpret this Sutra as referring to a state of ultimate presence (very much like what Eckhart Tolle describes as “Now” in his inspiring book, “The Power of Now”), although others might have different opinions.

When reading a text like the Yoga Sutras, a certain degree of ambiguity is unavoidable. In ancient India, Sutras were written in an ultra-concise form, probably to make them easier to memorise and repeat orally with minimal changes. All non-essential words are omitted, and the words that are used are often charged with more than one deep meaning. Thus, in classic Yoga we don’t often find the systematic, organised structure of physics, mathematics or other scientific disciplines, and interpretation is almost always possible. This is also related to the fact that Yoga, unlike mathematics, deals with sentient beings, who are by nature much harder to describe and categorise than, for example, chemical elements or geometric entities.

As a consequence, we do have a certain degree of freedom in talking about Yoga, its objectives and methods; a freedom we don’t usually enjoy in more academic disciplines, where it’s crucial to reach a universal consensus about definitions, and ambiguity is not well tolerated. Thus, nowadays there are many alternative, sometimes contradictory points of view on Yoga; however, this doesn’t seem to be a big problem for practitioners, who are generally happy to follow their own path and quite tolerant of the others. Let’s then have a quick look at some modern interpretations of Yoga.

Some modern definitions of Yoga.

Even though there aren’t, in modern times, such famous definition as Patañjali’s, it’s still possible to identify some general approaches to Yoga. Here is a short, incomplete list:

Many students and teachers in the West, but also in India, stress the importance of the benefits of Yoga on physical health. Thus, the main focus is placed on the practice of asanas (postures), and on the perfection of alignment. The therapeutic effects of each posture are sometimes studied in depth, so that a personalised practice can be devised, in order to address specific health conditions. In other styles of Yoga, the emphasis is on a powerful, dynamic practice that acts more as a prevention than a cure: the student is constantly stimulating her energetic system and attaining a state of permanent physical balance and health.

Another modern interpretation sees Yoga as primarily a meditation technique. Here, the focus is on calming and stabilising the mind, through the use of asanas, pranayama (breath control), as well as mental concentration techniques. Schools that follow this interpretation usually do not give so much importance to alignment in the postures, or to the physical benefits of Yoga; instead, the body is used as a tool to access one own’s mind and gain more control over it. This view of Yoga is more in line with Patañjali’s definition, especially the one contained in Book 1, Sutra 2 (“Yoga is the cessation of the fluctuations of the mind”).

Some practitioners and schools understand Yoga as a process of union between one’s own internal world (sometimes called the “Microcosm”) and the Universe (the “Macrocosm”), Nature, or God. Schools who follow this interpretation are very focused on Bhakti (devotional) practices, such as Mantra chanting, rituals, and so on. The practice of postures, breathing exercises, and other techniques is seen as a tool to facilitate the union, or dissolution, of the individual Self into a higher, superior entity. The positive consequences on health, as well as the mental concentration that can be attained through the practice of Yoga, are seen as secondary effects, although beneficial.

Finally, I would like to contribute with a last personal definition of Yoga:

Yoga is a practical philosophical system whose objective is the physical, mental and spiritual evolution of the human being.

By practical philosophical system, I mean that Yoga is a (mostly) coherent, systematic discipline in which philosophical concepts and practical methodologies are inextricably linked. According to my understanding, the objective of Yoga can be defined as promoting the evolution of the practitioner. By evolution, I am referring to a process in which the connectedness and/or internal harmony of a being are increased (if this sounds a bit confusing, you can have a look at my article on Evolution).

I believe that all these views of Yoga are valid as long as they don’t claim to be the only “correct” stance. There is no reason to look for a complete, absolute definition of Yoga; as I have tried to express before, Indian philosophy is not obsessed with exactitude and precision, but instead happily accepts some degree of freedom and individual interpretation. In fact, most practitioners have a personal, unique conception of Yoga that contains some elements of each of the approaches we have mentioned here.

With this premise, I’d like to share my personal view of Yoga as a methodology to promote evolution in the human being. It’s not the only path that leads to evolution, nor necessarily the most appropriate for everyone. Nevertheless, it is a beautiful system that has been practiced and refined during centuries, and whose validity can be tested directly on oneself. It does not require any special skills or attitudes, except for patience, constancy, and a sincere aspiration to evolve.