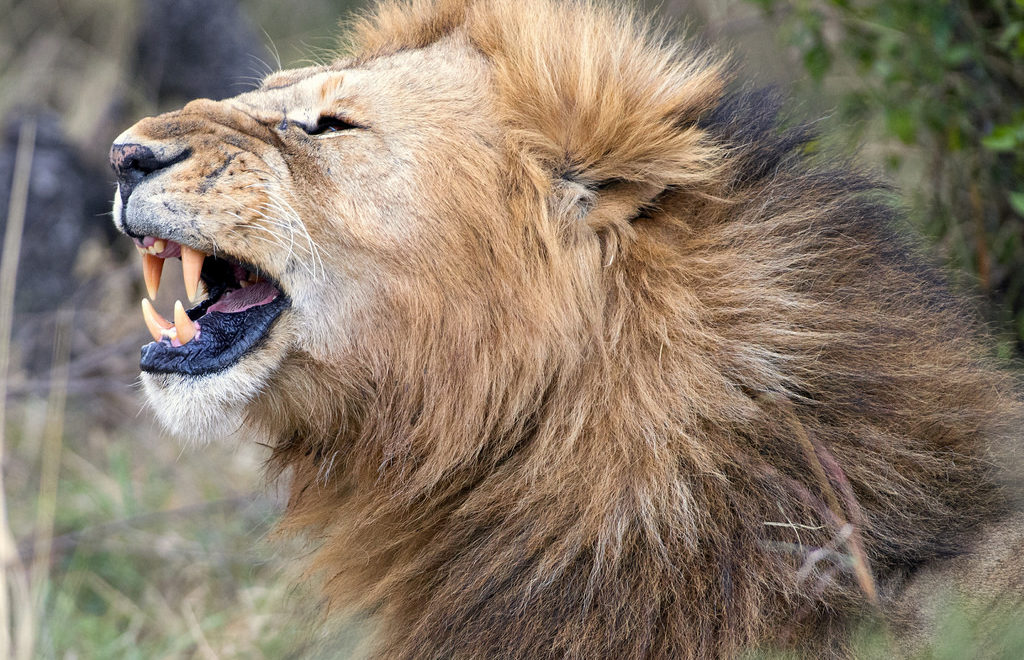 When talking about Yoga, the concept of non-violence almost always comes to mind. According to a popular but possibly naive understanding, the practice of Yoga automatically excludes any form of violence, conflict and anger. While this is in a certain sense true, the subject is much more complex than it seems, as I try to illustrate in this article on Ahimsa – the Sanskrit word for non-violence.

Ahimsa in the Yoga Sutras.

In the classical definition of Yoga given by Patañjali in the Yoga Sutras, Ahimsa (non-harming) has a place of relevance: it is the first of the Yamas, the “restraints” that each Yoga practitioner should follow in her relationship with the outside world. According to Vyasa, the most famous commentator of the Yoga Sutras, all the other Yamas and Niyamas (personal observances) have their origin in Ahimsa, and they are meant to achieve it. However, in the synthetic style which is so characteristic of the Sutras, their author never gives us an exact explanation of what Ahimsa is, and how we should enforce it in difficult situations. For this reason, multiple interpretations have arisen, and thousands of words have been written on the concept of non-violence according to Yoga.

Despite its importance among the principles of Yoga, Ahimsa is easily questioned. All of us can think within minutes of a situation in which choosing between violence or non-violence would put our discernment to a hard test. The most simple example would be one of self-defense: if somebody wants to hurt us physically, and the only way to prevent that from happening is by exerting some form of violence on him, what should we do? Perhaps even more disturbing, is a situation in which someone we care about is in danger; our child, or a beloved friend, is about to be harmed by somebody. What should we do? Use violence, if necessary, to stop the attacker, or try and refrain from harming any living creature – maybe by simply putting ourselves in the middle as a human shield? It is apparent then, that the principle of Ahimsa requires a deeper explanation.

In the history of Indian thought, there have been philosophies and personalities who have interpreted Ahimsa as an adamant injunction against all violence – no matter the preconditions, and no matter the consequences. It is the case, for example, of the Jainism religion, which upholds a radical, uncompromising interpretation of non-violence. Jains observe a scrupulous vegan, or at the very least lacto-vegetarian diet in which any product that entails the suffering or death of a living organism is considered unacceptable. Many Jains will make considerable efforts to avoid injuring or killing even small insects, and in some cases they will sweep the ground before them so that they do not step on any living creature while walking.

In an analogous way, Mahatma Gandhi represents a striking example of a spiritual and political leader that applied the principle of Ahimsa to a large scale social conflict. The history of Gandhi’s non-violent struggle for the independence of India is well known; however, not everybody realizes how radical Gandhi’s interpretation of the principle of non-violence is. Gandhi advocated non-violence and non-resistance even in a case of mass murder; this is exactly what he advised to the Jewish community which was being slaughtered by Nazis, or to the British people when they were under attack by Germany. In post-war interview of 1946, Gandhi stated:

Hitler killed five million Jews. It is the greatest crime of our time. But the Jews should have offered themselves to the butcher’s knife. They should have thrown themselves into the sea from cliffs… It would have aroused the world and the people of Germany.

Ahimsa as State of Consciousness.

Other spiritual texts which are deeply related to Yoga, seem to have a very different perspective on violence. A famous example comes from the Bhagavad Gita, one of the fundamental scriptures of Hindu philosophy, and also a cornerstone for the understanding of Yoga. In the Gita, Krishna, an incarnation of the god Vishnu and thus an enlightened being, acts as a guru and counselor of prince Arjuna.

The context of the Gita is dynastic succession struggle between two groups of cousins; Arjuna, who is leading one of the factions, is faced with  the difficult situation of having to wage a war against his own relatives. Arjuna is filled with understandable doubts and he is hesitant to resort to violence, even though, in the wider context of the dynastic war, going to war is the right thing to do in order to reestablish peace. The advice that Krishna gives to Arjuna is very clear:

Perform action, o Arjuna!, being steadfast in Yoga, abandoning attachment, and being balanced in success and failure. This evenness of mind is called Yoga. [2.48]

Krishna is here exhorting his pupil to go to war, but with an even mind: Arjuna should perform his duty without any consideration for the consequences of it, and without any hate towards his enemies. The fundamental point is thus Arjuna’s state of mind: a Yogi should act, but without any attachment to the fruits of his actions, with complete equanimity in the face of success and failure, and with a calm, unperturbed mind.

The Gita also provides us a profound insight into the concept of inaction. What should we do, if we are witnessing a situation that could lead to violence and suffering? Should we intervene, although this implies using force or violence, or should we avoid getting involved? When Arjuna is confronted with the same doubt, Krishna addresses him with these words:

Perform your prescribed duty, for action is superior to inaction, and even the maintenance of the body would not be possible for thee by inaction. [3.8]

Thus, in the concept of Yoga as illustrated by the Bhagavad Gita, choosing inaction is not a viable option: a Yogi must act rightly and with detachment, but he should always choose action over passivity.

The Vedas, a vast collection of scriptures dating back to 1500 years B.C. and which constitutes one of the pillars of Hindu lore, contain an interesting moral story about Ahimsa. The story is about a Sadhu, a wandering monk who would make a yearly circuit to a number of villages. One day as he entered a village, he saw a large and menacing snake. The snake was terrorizing the villagers and making their life difficult. The Sadhu spoke to the snake and taught him about Ahimsa; it was a lesson that the snake heard and took to heart.

The following year when the Sadhu made his annual visit to the village, he again saw the snake. How changed he was. Now this once magnificent snake was skinny and bruised. The Sadhu asked the snake what had happened to cause such a change in his appearance. The snake replied that he had taken the teaching of Ahimsa to heart and had realized the error of his ways. Thus, he had stopped terrorizing the village. Because he was no longer menacing, the children now threw rocks at him and taunted him. He could hardly hunt and was afraid of leaving his hiding place. The Sadhu shook his head wisely and said that while he had indeed taught the importance of practicing Ahimsa, he had never told the snake not to hiss.

This moral story teaches us that Ahimsa needs to be practiced towards ourselves also: it is important to protect oneself, both physically and mentally, from unjustified aggression. Our body, feelings and mind are precious gifts that support us in our spiritual evolution, and there is no reason why we should damage them or let others do it.

As I have tried to illustrate, the concept of Ahimsa is more complex than it seems. Gandhi’s interpretation is different from that of the Bhagavad Gita and the Vedas, but they do have one fundamental trait in common. Our actions, whatever they might be, must come from an equanimous, detached state of mind. Whether we use force to protect ourselves or others, or we choose to follow Gandhi’s principles of non-violence, there should be no place for hate or fear in our hearts.

On a practical level, Ahimsa will likely express itself in different forms, according to the situations we are dealing with; each time, we must be able to evaluate the circumstances and decide if we need to recur to force, and in which degree. But this evaluation must often happen in a split second – when there is danger, we usually don’t have time to sit and think, much less to meditate. For this reason, in Yoga we train ourselves to do everything, even the most ordinary things, with equanimity and detachment from the consequences of our actions. After some time, we become able to act from this state of mind even in the face of danger.

Summing up, my understanding of Ahimsa is that it refers to the practice of a certain state of mind, which involves equanimity and detachment. From this state of mind, we have a better chance to choose the right thing to do, whether it entails the use of force or not. We should always keep in mind the higher goal of human evolution, and ask ourselves which course of action will serve this purpose better. Ultimately, it all depends on our state of consciousness – Ahimsa is really a condition of the spirit.