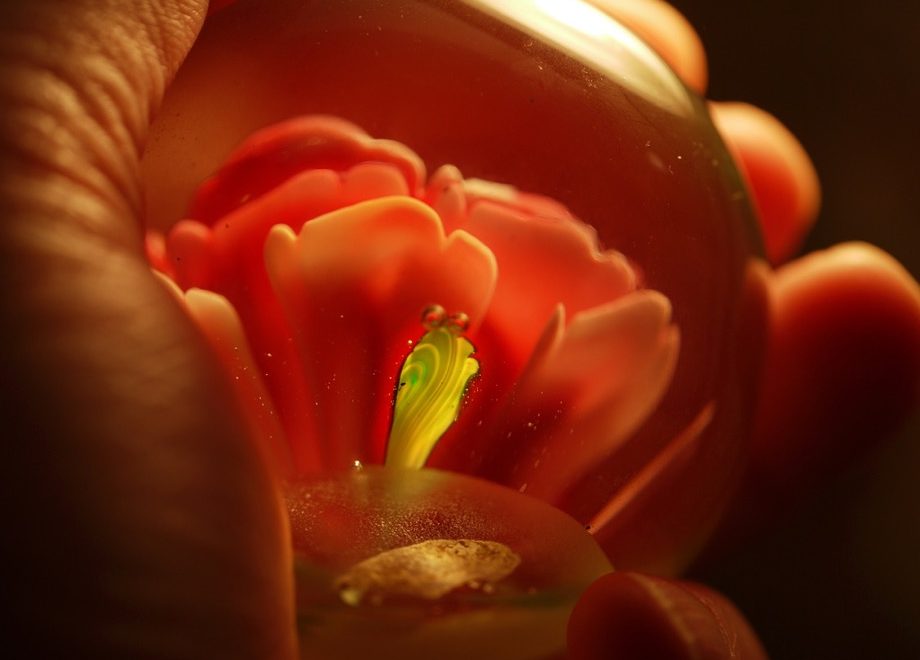 Written by a sexologist and therapist, this extremely interesting book offers a point of view on sexuality that is quite different from the Tantric approach. This is one of the reasons why I find it so captivating: it is amazing to see how recurring themes appear in both modern sexology and ancient scriptures, and it is great to learn from the differences of both approaches.

Aside from the general perspective it proposes, this book is filled with insights that can be enlightening for anyone interested in sexuality and eroticism. I will list here just a few of them.

First, throughout the book Dr. Morin stresses the beneficial value of sexual fantasies, if they are used to improve our sexual life and get to know ourselves better. Even if it is obvious that imagination should never replace reality, and that excessive fantasizing can lead to alienation and disconnection from reality, it is undeniable that sexual fantasies, just like dreams, can provide a gate to our unconscious mind. There, our deepest desires and fears are constantly at work, and there is a widespread agreement in that recognizing and accepting them is a better approach than ignoring or downplaying them. By observing our fantasies and past memorable turn-ons, we might even be able to identify a Core Erotic Theme (CET), a sort of “script” that tends to play out in our most satisfactory encounters, and that can offer us important information on our more vulnerable, less accessible side.

I also completely agree with the idea, repeatedly highlighted in this book, that eroticism does not need to conform to ethical standards or political correctness: the only requisite is that everybody involved in a sexual interaction is acting out of their own free will and hasn’t been forced or manipulated in any way. A good example of this, is the use of power role-games in sexuality. Power dynamics of submission and dominance are so common in sexual life, that the author cites them as one of the four “cornerstones” of eroticism, elements which are present to some degree in virtually every real or imaginary turn-on. At the same time, we need to have ethical standards that are based on the principle that all human beings are equal, and deserve the same amount of respect and recognition; submission and dominance outside of eroticism take on a much darker light, and are definitely the symptoms of exploitation and inequality.

This apparent paradox finds a solution when we consider that eroticism and sexual life don’t need to conform to the same ethical standards that we apply in our non-sexual, ordinary human dynamics. As I have noted when talking about sexual polarity, sexual arousal is an altered state of consciousness in which different rules apply, an energetic exchange in which the participants can choose to act in ways that apparently contradict their own beliefs and values. From this perspective, the only rule is that those who engage in an erotic interchange are doing so out of their own will, and are always given the possibility to stop the interaction if they no longer feel comfortable with it.

Finally, I really appreciated the openness and inclusion towards all sexual preferences displayed in this book. From the author’s point of view, the same principles apply to heterosexual, bisexual and homosexual individuals or to any other combination of tastes. At the same time, Dr. Morin is able to find trends and patterns that are more recurrent, for example, in the gay male community compared to the heterosexual community, and so on. It is a broad perspective that tries to includes all shades of eroticism and considers them equally valid representations of a basic human function, of a fundamental energy of existence.

In conclusion, I recommend this book to anyone interested in sexuality, eroticism, and Tantra. It is not necessary to agree with every aspect of the book, but it is clear that it contains a lot of interesting concepts and some precious insights scattered here and there. Moreover, it is encouraging to see how a scientifically minded approach to eroticism can provide useful tools for those of us who are involved in a more spiritual, energetical view of sexuality. It makes me think that, after all, every good intentioned human being is working, in his or her own way, towards the common goal of human evolution.